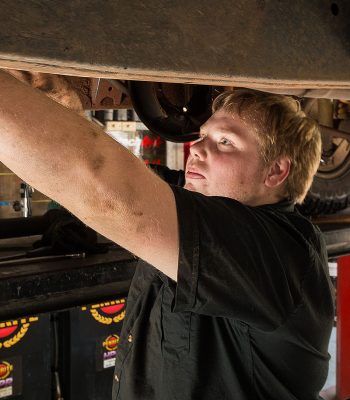 Tim in his spare time involves himself in all sorts of outdoor pursuits, having grown up on many family adventures in the back of the Land Rover 110 his dad still drives today.

Tim did work experience at Coffs 4wd in late 2009 and continued volunteering his own time during school holidays. Tim was keen to say the least so started his apprenticeship at Coffs Harbour 4wd Centre in 2010 and took to the tasks given enthusiastically. He has grown to be a well rounded mechanic with many skills. Tim can turn his hands to the many varied jobs we take on at Coffs 4wd and passionately completes them to a high standard.

In his spare time if he is not working on one of his many Land Rovers he is either out in his boat fishing or out camping in any one of the magnificent camping spots out and around Coffs.

Tim also loves to regularly get out and drive the more challenging 4wd tracks around Coffs, quite often taking the back tracks on the way home, sometimes turning the trip home into a winch challenge.