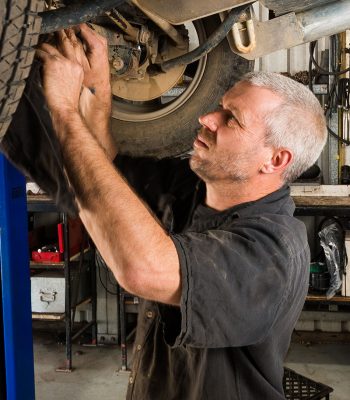 John has been playing with 4wd’s since he was knee high to a grasshopper. Starting and influenced like many by his father’s Series II Land Rover named Blue Racer.

John for 23 years was a projectionist working the late hours of night running the films and movies we all love to watch at the cinema. With all this spare time during the day John built all sorts of 4wd machines such as a 38 inch tyre Land Cruisers, wagon to dual cab conversions and a 4wd Commodore with 33 inch tyres. He built, modified and played with Suzuki’s for many years also owning and rebuilding a Series III Land Rover.

Nowadays John owns and drives a couple of Land Cruisers, a 60 Series and a 40 Series, his preferred choice of 4wd. John obtained his tradesman certificate in 2000 and has continued to educate himself with the various tickets of this trade. John loves a challenge and excels in the many engineering type challenges that we take on at Coffs 4wd Centre.